Throughout this Big Idea

Throughout this Big Idea 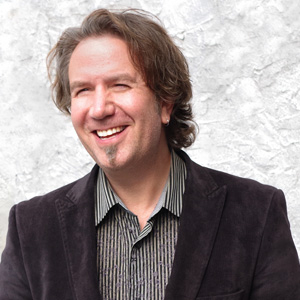 In the beginning, Man created the product. The product was formless and empty, dark and devoid of necessity or usefulness until the masses could be convinced they needed the product.

So Man said, "Let there be desire for the product," and there it was. Man saw that desire was good because it put money in His pocket. So He separated the desire from necessity. Man renamed desire "advertising." So there was advertising, the perception of usefulness, and the beginning of mass commerce and consumption. A profession was born.

Originally distributing knowledge and information to humankind, the great mediums: publications, radio, posters, and television, were eventually hijacked to sell products to an easily manipulated audience. The internet, primarily a collaboration tool, set the stage for an unprecedented integration of these mediums. The world-wide web delivered world-wide broadcasting capability, a mechanism for information dissemination, and a medium for collaboration and interaction between individuals and their computers without regard for geographic location.

The internet is now THE primary manipulation medium, and a websiteis less important than what's coming next. Website development was the catalyst, a blip toward an interconnected omnipresent, ever-communicating “Singularity.” Throughout this Big Idea, we will soon live with systems within the internet of everything that plug into an artificial or ambient intelligence to manage our lives, curate our interests, drive our vehicles and keep track of day-to-day travels and finances. Thanks to mobility, acceleration of computer power and increasingly intelligent systems, we soon won’t be forced away from an experience to check a website to research what the Network already knows we’re looking for. The next generation will be known as the “Mighty Untethered,” ubiquitously connected to a universal machine. Individuals, their friends, and colleagues' interests will be part of the system, and as they change, so will their personal experience to match their tastes. Diseases, dangers, economies and civilizations will be repaired on a global scale due to mass shared information and the artificial intelligence to be gained from it.

Structured big data aggregation will be glorious, while confidentiality as a concept, will continue to erode as a result. Humanity will have to make the decision on whether or not privacy reduction is actually worth the cost. Does Wikileaks serve a purpose? Is an individual’s privacy more sacred than transparency? Will we embrace aggregated data from systems, sensors and mobile devices to shill more products or to cure disease? I prefer the latter, but regardless, we can all expect that in the near future, algorithm markets will develop the recipe for true artificial intelligence to be aptly seasoned with structured data. Once written, these algorithm cookbooks will be available for any corporation to buy for a price. All they'll need to supply are the ingredients.

If we learn one thing by examining the past of any medium’s evolution or any technology revolution, it’s that as time goes on, we expect things to get easier. Interface design has always been about humanizing the machine - cleanly separating us from the bits and bytes; from the tedium of engaging with an electronic contraption by creating a natural interaction without falling face-first into the uncanny valley. The interfaces of the next generation of devices will follow the engagement rules perfected by the veterans of the digital era, but complexity will be undercut by the passive introduction of vocal dialogue with our device. As Artificial Intelligence improves, we will learn from and mimic the personalities of our devices. And likely, vice-versa.

Everything is an evolution or an offshoot of the previous thing, especially when it comes to devices. Thanks to nearly unlimited and accessible virtual hard drive space and ever-increasing CPU power, we're living now in a world where the increase of data production reduces our physical footprint, and predicts a modern appetite for living in smaller dwellings. We can create more – yet require less physical space to store it. Living smaller is increasingly significant, because we're quickly running out of space on this planet. Technology and scientific advances are lengthening life spans while wearables armed with big data are teaching us how to live healthier. When technology is used to erode the complications surrounding human disabilities, we all benefit. The notion of space itself is being enhanced and expanded through interaction with our devices. How will Virtual and Augmented Realities further abstract us from our organic forms, or our notions of humanity and distance? The internet and the simplicity of cataloging our life's journey requires that we all get closer to ubiquitous and free access to the network for everyone.

According to a forecast update from the International Data Corporation (IDC) Worldwide Quarterly Mobile Phone Tracker, smartphone shipments are expected to grow 3.1 percent through 2016, which is a substantial slowdown from the 10.5 percent growth in 2015 and 27.8 percent in 2014. As smartphones reach a saturation and maturity point in developed nations, Internet-capable computing and mobile devices continue their slow but steady proliferation across our planet, enabling vast audiences, previously unable to access knowledge, the same opportunities to learn as much as those in developed countries– The new Gutenberg’s press for a knowledge-hungry planet, times infinity.

Modern technology and network-based communication contains and amplifies the desire originally facilitated by the print, radio and television mediums. As the internet continues to evolve, we must recognize that the quality of information is crucial. Groups of humans have always preferred to gather where people share the same beliefs, and without careful deliberation, we may continue to separate humanity into tribes of singular opinions. It’s one of our great flaws, and keeps a vast majority distant from truly understanding those who oppose them. Viewpoint is religion and technology is the church. Right and wrong are blurred thanks to the internet’s delivery mechanism, which facilitates quantity over quality. One could even argue that a younger generation has become accustomed to perceived communication patterns predominantly through text entry rather than actual speech - internalizing our thoughts and espousing complexity through emoji. It's faster, but certainly is a means to impede advancing our brains to their fullest potential. Wide-eyed, yet lacking wisdom, we coast dangerously close to only consuming what we understand implicitly. This is how technology captures us and how we lose our humanity; our ability to reason and the desire to better ourselves through healthy disagreement, knowledge and discourse.

My advice to fellow CEO's is to embrace change and keep your proverbial eggs out of a single basket. Zig when you're expected to zag, and evolve when you're supposed to follow the trends. Everything runs its course. A year ago, I was sitting in a meeting with one of the world's largest PR firms listening how Vine would fit into a global marketing strategy for socially branding a state. Twitter just unceremoniously killed off Vine. Being digital is also about being liquid and analog, throughout the conclusion of this Big Idea.

Making the Reading of Data Quicker and More Effective

The Importance Of Audit Rights In Vendor Contracts

3 Ways to Integrate AI into your Business Today